Quilting friends! Please join Threads Run Thru It at the very first Quiltworx University in Williamsburg, Virginia March 21-March, 26 2021 at the impressive Kingsmill Resort.  Judy’s Quiltworx University is for the beginner to the most experienced paper-piecers. You will enjoy the opportunity to work with Judy, Judel and some of the most knowledgeable Certified Instructors.  In addition to great fun and fellowship, you will learn Judy’s foundation paper piecing process, speed-cutting, chain-piecing, curved piecing.  With Judy’s new pattern mixers, you have the incredible opportunity to create a one of a kind quilt.  With registration you will receive 6-months of Quiltster and will be able to use this program before the event to plan your project from block selection to selecting fabrics featured for the event that you love.
The opportunity to work with Judy and her staff doesn’t come around often, she will be demonstrating use of her products, tools, and short cuts to complete amazing quilts. If you want to make a once in a life time quilt, this is the event for you! 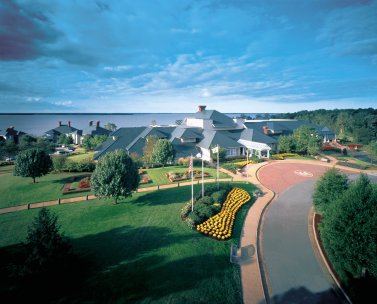 When it comes to Kingsmill, it's not just another resort.  It's like another world nestled into Williamsburg, Virginia.  With it's unparalleled range of accommodations, stunning James River setting, two must-play championship golf courses and boundless range of recreational activities and leisure pursuits right on the grounds, Kingsmill is a relaxing, fun, and memorable waterfront escape.The only AAA Four Diamond Condominium Resort in historic Williamsburg, Kingsmill Resort offers luxurious riverside accommodations. From it's (anything but) standard guestrooms to our 1,2, and 3-bedroom condos they have the perfect place to rest your head after a busy day.  And if the beautiful guestroom hasn't already swept you away, resort amenities like fantastic golf, a relaxing spa, and sumptuous dining options will enhance your visit. Because when you stay at Kingsmill, it’s more than just a hotel room—it’s an experience. 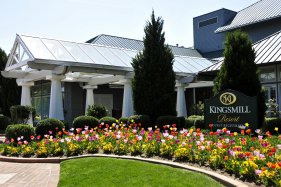 Call 1-800-832-5665 to reserve your guestroom, and mention Quiltworx University to receive a special rate.

Enjoy an active day of recreational activities at Kingsmill or get out and explore Williamsburg’s attractions, but be sure to save your appetite! Kingsmill offers a wide array of on-site restaurants and eateries to satisfy everyone (including pizza and homemade ice cream): 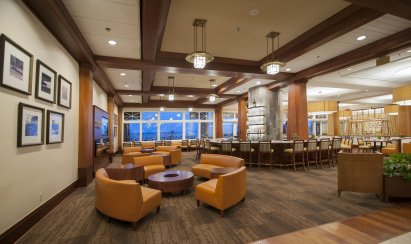 
WILLIAMSBURG HISTORICAL ATTRACTIONS:
History comes to life in Colonial Williamsburg through thousands of archaeologists, researchers, historians, historical interpreters—and even you. Become part of “The Revolutionary City” adventure and witness the collapse of the royal government and join the debate over the Declaration of Independence. the two‐hour daily event reflects Williamsburg’s role in one of America’s defining periods.

Jamestown Settlement and Yorktown Victory Center are two living history museums that engage visitors in nearly two centuries of our nation's history ‐ from the founding of America's first permanent English settlement in 1607 to the decisive Revolutionary War victory in 1781 and implementation of the Constitution and Bill of Rights. In 2007, Jamestown Settlement celebrated its 400th anniversary with several permanent exhibits, a new introductory film and revitalized living‐history areas. Together, they resented the story of 17th‐century Virginia and its Powhatan Indian, English and western central African cultural origins.

Go Ape Treetop Adventure Course Challenge your family to swing from the trees, navigate aerial obstacles and zip across the sky in Freedom Park. Go Ape’s expert instructors will guide you through a two to three hour outdoor adventure, aiming for a “tree-mendous” guest experience every time.

Williamsburg Winery: The largest winery in Virginia, the Williamsburg Winery offers tours and tastings of its award-winning wines, a vineyard on its 300 acres and two excellent dining venues, the Gabriel Archer Tavern and Café Provençal. The winery offers a Tour and Tasting with Dinner Experience that includes a tasting of seven vintages plus a three-course dinner at Café Provençal.

Alewerks Brewing Company: Williamsburg’s first microbrewery, Alewerks is a directfired brick-clad Peter Austin brew house. It offers brewery tours and tastings in its tap house and outdoor terrace, where 10 beers are on tap and a cask ale is served weekly. It makes small batches of beers like a mesquite-smoked brown ale and a Belgian-style dubbel as well as seasonal flavors like pumpkin spice.

The Virginia Beer Company: The Virginia Beer Co. is a new craft brewery, taproom and beer garden that opened in the spring of 2016. Virginia Beer focuses on a small, highquality core lineup and rotating limited-edition beers using a custom-designed pump system. Its location offers an indoor tasting room as well as an outdoor beer garden including a weekly featured food truck.

Copper Fox Distillery: Copper Fox is opening a new facility in Williamsburg this summer to feature a new line of spirits. It currently produces handcrafted whiskey from scratch, including the first applewood-aged whiskey in the world. Copper Fox focuses “on the flavoring of the malt using selected smoldering fruitwoods and hand-cut toasted fruitwood that add a range of natural flavors in the maturation process.”

Williamsburg Distillery: This craft micro-distillery offers “American Heritage” spirits using 18th-century recipes and techniques: bourbon and gin using Virginia grains, and rum using organic, non-GMO grade-A molasses – just as they would have been made in the early 1700s. Its Williamsburg Bourbon is the only bourbon in the world made with Indian corn. The distillery will be part living-history museum.


Threads Run Thru It, Inc. (TRTI) hopes everyone who registers for Quiltworx University Williamsburg will be able to attend; however, TRTI knows extenuating circumstances do occur. The TRTI Cancellation and Refund Policies are as follows:


TRTI Quiltworx University Williamsburg registrations made between January 1, 2018 and March 31, 2020 that are cancelled on or before December 21, 2020 are refundable, but the deposit of $285 will be retained.


TRTI Quiltworx University Williamsburg registrations made after March 31, 2020 that are cancelled on or before December 21, 2020 are refundable but subject to a $50 administrative fee.


In the event TRTI must cancel the event due to unforeseen circumstances, TRTI will retain the deposit and refund the remaining amount. TRTI does not assume responsibility for any additional costs, charges, or expenses; to include, charges made for travel and lodging.

Unforeseen circumstances is used to describe an event that is unexpected and prevents TRTI from continuing with a conference,event, training, or webinar. Examples of such circumstances can include, but are not limited to, natural disasters, site unavailability, and presenter absence.